Behind the tricks and treats of political campaigns is a lot of voter contact and hard work. Thereâ€™s no substitute for voter outreach. And while candidates orbit the Earth like the moon in attempt to reach you, they canâ€™t possibly do that without targeted mail and television ads.

If youâ€™re a political PR junkie like me, you relish the rhetoric in campaign ads like a kid with candy stockpiles at Halloween. Like a trick-or-treater, you divide the rhetoric into piles because you donâ€™t trust how itâ€™s been wrapped.

I feel fortunate because I get to work alongside some of the best political consultants in the Northwest and I get to choose which candidates and campaigns I work with each election cycle.

This is my second election cycle with the Gael Tarleton for Port of Seattle Commissioner campaign. I wrote a lengthy blog about my reasons for supporting Gael Tarleton a few weeks ago. Back then I didn’t mention that I was privileged and proud to work with two great political strategists: Argo Strategies and Guenther Media.

Take a look at Argoâ€™s mail for Gael that just hit King County mailboxes: Tarleton Mail piece [PDF]. And take a look at the TV ad produced by Guenther Media in partnership with Argo:

Thanks to social media, the stream of political ads is no longer confined to campaign budgets and demographics. We all have an opportunity to review these political treats to see if we trust how they are wrapped.

Take a bite and tell me what you think. 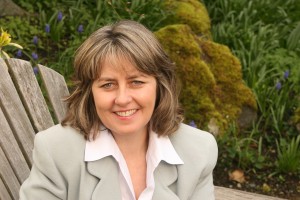 Every once and awhile, a political candidate comes along who gets you excited and rejuvenated about the possibilities in politics. That person for me is Gael Tarleton. She is running for re-election as Port of Seattle Commissioner.

In the interest of full disclosure, Gael is a client and Gael is a friend. But I also believe, Gael is a rising star in progressive politics. And as a veteran of Puget Sound politics, itâ€™s a statement I donâ€™t make often.

I met Gael in 2007, when she first ran for this office and was impressed by her background, work ethic and commitment to progressive policies to make the world a better and safer place for people in Puget Sound.

I have worked for a lot of big campaigns and candidates and political causes in the last 20 years. But I think Gael is a standout for three reasons:

Candidates like Gael donâ€™t come along very often. I know from my own personal history in journalism and politics. I began my career in Puget Sound as a newspaper reporter covering the Port of Seattle and its trail of atrocities on the communities of Des Moines, Normandy Park, Burien, White Center and West Seattle. These communities fought unfair buyouts by the Port to make way for the Third Runway for a decade. I later went to work for two state lawmakers in the 33rd District who represented these communities. We spent years fighting the Port on countless environmental violations and unfair practices against community homeowners and schools on buyouts and noise-abatement issues. Contrary to popular belief, these communities existed long before Sea-Tac Airport. I know, because my family operated the Robinson Newspaper chain. And the local papers back in those days were strong and aggressively covered the evolution of Sea-Tac Airport, long before it existed to what it is today.

Itâ€™s one of the reasons Gael Tarleton wanted me on her side. Gael is committed to transparency and accountability at the Port of Seattle and has already changed the way it has done business while protecting the environment, communities, workers and jobs.

She has ended the excessive practice of private executive sessions and has ensured all Port money that is spent, is spent in public. All Port executive sessions are now taped. All Port Commission meetings are conducted online and archived online. She has helped establish a competitive bidding process for contracts and leases, saving taxpayers millions of dollars at the airport and seaport. She has helped create more than 5,000 new jobs during our recession with capital improvement projects like the airportâ€™s new rental car facility and container terminal. She has pushed for new clean air requirements two years ahead of schedule. She has brought her extensive security and emergency management background to make our Port and its workers safer. And finally, she has brought common sense solutions like free Wi-Fi to our airport so consumers are not bilked at the airport gates, while we wait to take off.

She is the only Port Commissioner to vote against a CEO salary increase every time it has come up for a vote.

Gael has voted to hold the line on the Portâ€™s tax levy, which has reduced the overall property tax collected by the Port by $2.4 million between 2008 and 2011. And she has promised to do this even while the Port begins construction of the Alaskan Way Viaduct Replacement project – a project critical to protecting freight mobility and jobs in the region.

I moved to Puget Sound in 1990. I never imagined that my career in journalism, politics and public relations would begin and end with addressing issues at the Port of Seattle. But Iâ€™m glad to know, that more than 20 years later, a candidate like Gael Tarleton is there to change that history for the better.

Gael Tarleton deserves your vote on Election Day. Visit her online at http://www.voteforgael.org